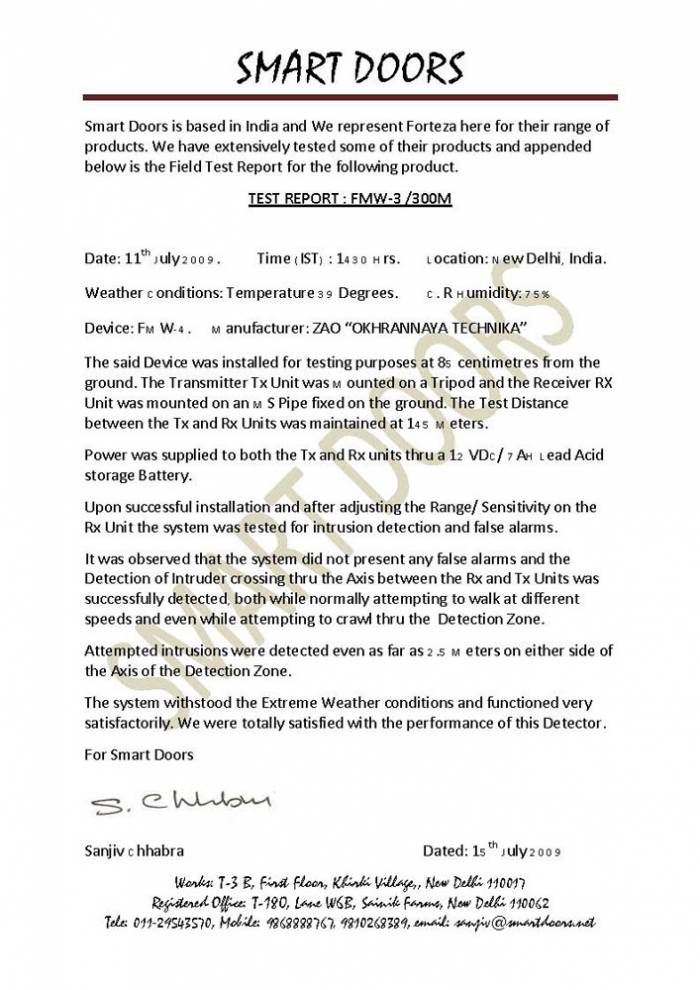 Power was supplied to both the Tx and Rx Units thru a 12 VDC / 7 Ah lead Acid storage Battery.

Upon successful installation and after adjusting the Range / Sensitivity on the Rx Unit the system was tested for intrusion detection and false alarms.

It was observed that the system did not present any false alarms and the Detection of intruder crossing thru the Axis between the Rx and Tx Units was successfully detected, both while normally attempting to walk at different speeds and even while attempting to crawl thru the Detection Zone.

Attempted intrusions were detected even as far as 2,5 meters on either side of the Axis of the Detection Zone.

The system withstood the Extreme Weather conditions and functioned very satisfactorily. We were totally satisfied with the perfomance of this Detector.